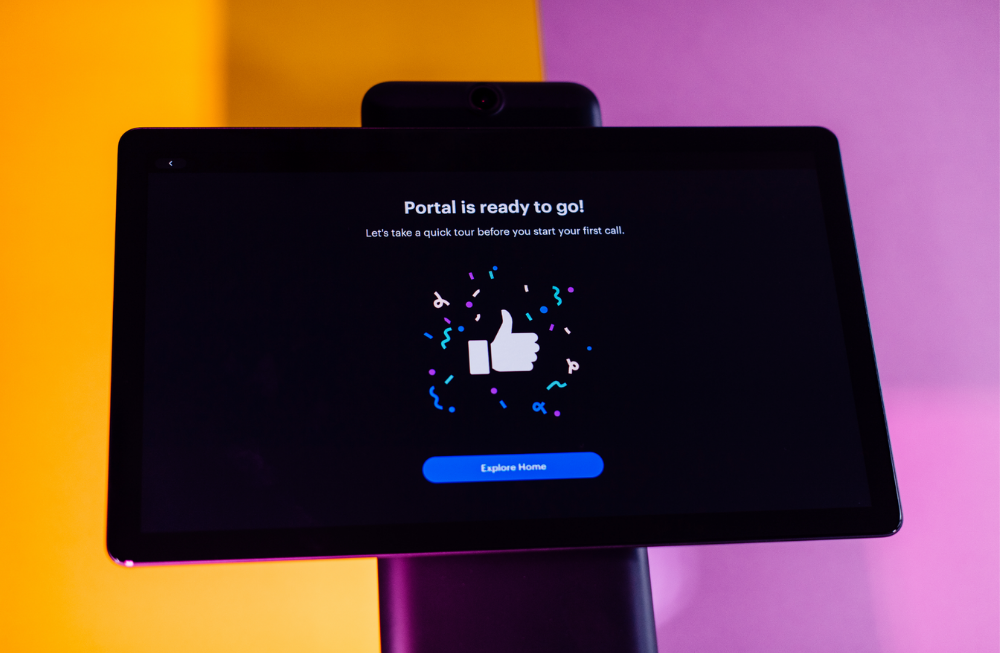 Facebook Portal is a video calling service integrated into the Facebook social media platform. Users are able to turn Facebook into a sort of Skype and call other users over an internet connection. The services are available on the Portal from Facebook app that is available in the App Store and Google Play. This allows users to access Portal from their mobile device like a smartphone or tablet. Facebook also offers Portal devices which are about the size of a tablet and can be propped up on a surface to make phone calls.

Facebook Portal has unique features like a smart camera that automatically follows a subject around a room, and a feature that automatically widens when another person enters a room. There is also Portal TV, which is a camera device that hooks up to a television to do voice calls directly from a TV screen.

There are a lot of families who are using the Facebook portal to do video calls with their friends and family. To login to Portal, the user will need a Facebook account, which is for people ages 13 and above.

Portal does allow parents to set passcodes on the devices so that only those with the passcode are able to use the account. Portal does not work with the Facebook Messenger Kids app.

Facebook has built-in the virtual assistant Alexa into Portal, which integrates voice control to check the weather, sports scores or stock prices, or even use the Ring doorbell to see who is at the door.

Parents can set a passcode on a Portal device so that it will be locked when they are not using it. This will keep kids from using the device and making video calls. To set a passcode for the account, go to the Portal device and select Home. Now choose Settings → Accounts and select the account to adjust. Now select Use Passcode, confirm the login, and enter the 4-digit passcode that will be used to lock the device.

Portal also has a function that uploads photos and videos directly to Facebook to a Portal Album that is listed on someone’s profile. To remove a photo from the device, select Home and then Photos. Now, select the album to add or remove and select Display to edit the photos.

Photos that are displayed on Portal TV can also be hidden or unhidden by using the remote navigation for Portal TV. To do this, go to Settings → Hidden Photos → Select the photo → Choose to Unhide Photo and Show. To hide a photo press Down on the navigation remote and select Hide.

To add or remove photos within the Portal app, Select Photos and Create Album or New Album. Enter a name for the album and click Done. Now, select the photos to upload. Parents can also remove an album by going to Photos, selecting the album, and tapping Display.

Parents whose kids sometimes use Portal with them may have privacy concerns about Facebook getting voice and video recordings of their child. One way to help protect personal information and limit data collection is by turning off the camera or microphone when it is not in use. Press the camera and microphone’s On/Off button on the side of the device to turn it off.