Blog  »  For Parents   »   How Long Should Kids Be Playing Video Games For? 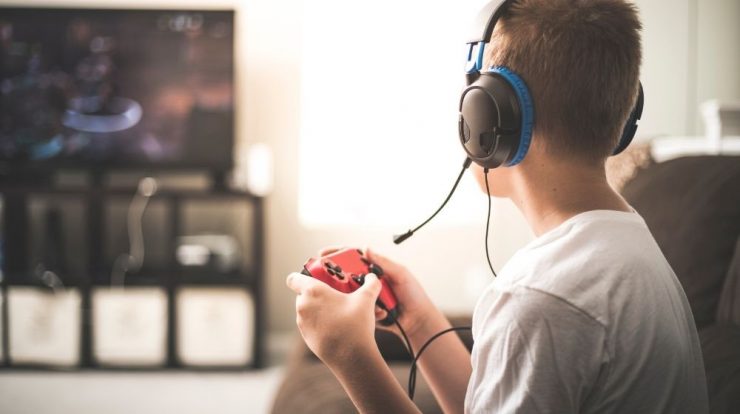 The debate on “how long should a kid play video games?” might not be as one-sided as it was. When video games started becoming popular, they were considered detrimental to kids’ mental health and physical well-being. Then, studies began to show that qualities like hand-eye coordination were improved and developed through playing video games. It was then that playing video games became accepted as a hobby but only in limited doses. Now with eGaming being looked as a viable and lucrative career, do the old standards in limiting play time still apply?

Careers in eGaming are not only limited to gamers – the ones you see competing in tournaments and winning insane amounts of cash. The industries around it like programming and game development are also seeing spikes in employment. Take note that these ‘behind the scenes’ jobs are also financially rewarding. If your child – especially teens – decide this is the career path they would like to take, will you stop them from playing all they want?  I mean, if your kid wanted to be a doctor, not only would you let them watch all the medical shows and read the books they want, you’d probably be the one buying the related materials. Would you do the same if they wanted to be a gamer?

Whatever they choose to be later in life, you, as parents, are still in charge while they are growing up. You are responsible for their well-being physically and mentally. You have to help them achieve a work and play balance. And yes, that includes limiting their game time privileges  – even if they say it’s for their future.

How Long Does The Average Kid Play Video Games For?

Based on several studies and surveys conducted in recent years, here are the numbers regarding time spent gaming by young children and teens on a typical weekday. Take note that hours spent on mobile, computer, or console – like PlayStation, Xbox, and Nintendo Switch – games are listed separately:

Those numbers may seem small but they add up over the course of a week and do increase during the weekends. Based on the data, do you think your kids spend too much screen time playing video games?

Let’s take the data for teens and see if we can draw a picture of a typical day. In between hours for sleeping, eating, being at school, doing homework, physical activities, and having time for friends and family, 96 minutes, or 1 hour and 36 minutes are spent on video games. Take note that time spent on social media, browsing, and other cell phone or tablet activities are not taken into account. Considering playing video games is probably the least important among the activities listed, do you think your kids spend too much time on them?

If you think the data shows time is spent too much – or too little – by kids playing video games, read on to find out what the experts say on the matter.

How Long Should A Kid Play Video Games For?

Pediatric experts in the United States suggest the following:

Just with the word “addiction”, you know that too much gaming can never be good for your kid. It can be tempting for children to engage in video gaming. For example, owning the most popular video games among your classmates. Likewise, being able to finish the most difficult and best video games out there can give them legendary status among their gaming peers. These are perks are irresistible to most children and drive them to play non-stop. Add to that all the free games on different platforms they can download, gaming addiction is highly probable.

Now that data on suggested and actual hours spent on video games have been laid out for you, it is still up to you to build a schedule for your child’s daily activities. While you try to come up with a balanced schedule to help kids spend their hours productively, let’s take a look at the pros and cons of video gaming – maybe they can help you decide on what is too much time spent playing.

Playing video games has its own set of advantages when integrated properly in their activities. Likewise, if gaming privileges are abused or left unattended, they can be detrimental to both the child’s physical and mental health.

Here are some health aspects that can be affected by video games:

As you can see, the effects of video games are not necessarily black and white. This just goes to show that to enjoy a positive gaming experience, a balance must be attained. And with such, parents must be the ones to determine, achieve, and maintain that balance so their children do not suffer from the ills of gaming.

How To Limit Your Child’s Gameplay

To achieve that balance, here are some suggestions on how you can limit the time your children spend playing video games:

Most gadgets have parental controls built into their systems. Even the apps themselves can have their own settings you can apply to keep your child in check. If you are in the market for a third-party app, phone monitoring apps like Highster Mobile can help keep track of how your child’s phone is being used.

To a child, video games were made for them to enjoy anytime they want. Make it a house rule that gaming privileges can be used only after chores and homework are done. Ensure the chores are done well and their homework is complete and correct before allowing them to play. Remind them playing video games is an earned privilege and not a right.

Determine Consequences For Breaking The Rules

Set the ground rules on what happens if they exceed the allotted gaming time. Make it a relative consequence as well. For example, doing the dishes or taking out the garbage for a week will not have the same effect as, say, no gaming or social media use. Not being able to stay updated in the online world would surely make them think twice about gaming a second longer.

Have Them Engage In Physical Activities

While these are good ideas in limiting their time playing video games, the best solution we can suggest is you be there for them. Nothing can replace your physical presence. Spend time with them and engage in activities that involve the whole family.  It can be old-school family game nights, a movie night, or a backyard barbecue where everyone gets to help out before eating. Whatever the choice of activity, knowing you are there whenever they don’t have their faces buried in a screen will make them feel not being able to play video games is more of a family thing rather than a punishment.