Paid vs. Free GPS Phone Tracker: Which Is The Better Option? 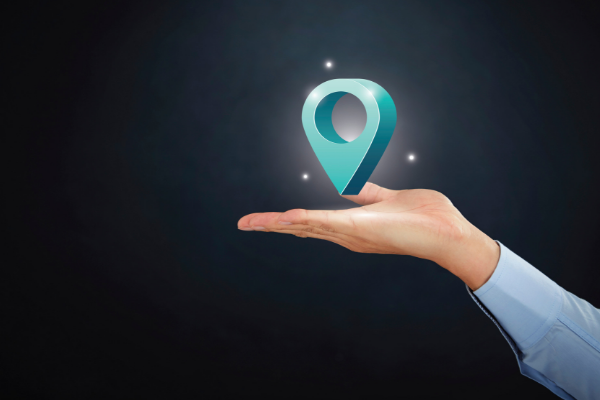 Gone are the days when kids can just leave the house right after breakfast and run amok around the neighborhood until the street lights come on. It’s a dangerous world out there and parents want to know where their kids are. Businesses also utilize GPS to keep track of workers out in the field. Some people even download a GPS tracker onto their partner’s phone to track their whereabouts. With both free gps phone trackers and paid ones, which is really the best option for you?

What Is a GPS Phone Tracker?

A GPS phone tracker is an app installed on a smartphone that allows another person to monitor location in real time. The accuracy of distance is dependent on the app, but many can track a phone within 50 feet. There are many different GPS tracking devices out there, but not all are created equal.

Why Get A GPS Phone Tracker?

There are many reasons to get GPS location monitoring software some of these reasons include:

The world is a dangerous place, but we can’t keep our kids inside a plastic bubble forever. Having GPS tracking on your child’s phone is a smart way to know where they are every second while giving them the freedom to be kids.

Some people use GPS cellphone tracking apps to track a partner or spouse they suspect of being unfaithful. With a phone tracker app they can be sure their significant other is exactly where they say they are.

– Find Your Phone If It Gets Lost or Stolen

Another great use for a gps tracking app is using one for your own phone so you will be able to find it if it gets lost or stolen. At almost a thousand dollars for a new cell phone, most people don’t have that kind of money to just throw around on new phones.

There are a ton of free apps on the app store that can be used for tracking phones.

Okay, nobody can argue with free these days. Free apps may not cost you any money, but since there is no such thing as a truly free lunch, some of these apps may come with hidden strings attached.

Free apps are generally not as well maintained and updated as ones you have to pay for. This could mean glitchy service once your phone updates. During an emergency when you don’t know where your kids are is not the time for your GPS app to be glitching out on you.

App developers need to make money somehow. It takes a lot of time and effort to build an app, nobody is just doing it out of the goodness of their hearts. Ads are a way app developers can make money off of free apps. Ads are annoying and can interfere with what you need the app to do.

While the app may be free to download, many “free” apps make you pay for the upgrades you really need to make the product work the way you need it too. These sneaky extra charges add up and you end up spending more than you would if you just paid for an app outright.

– Don’t Know Where Data Is Going

Ads and up-charges aren’t the only way app developers make their money. Your data is worth millions to companies looking for market research. Ten to one hidden in the user agreement of a free app is that the company that allows you to track someone else’s phone is using data collected from your phone and theirs to sell to third parties.

Free cell phone tracking apps only do one thing, track a mobile phone’s location. There are paid tracking and monitoring apps that can do all of that and much more.

Just like free GPS tracker apps there are paid phone monitoring and tracking apps like Highster Mobile. These apps often do more than just track GPS.

Because it is a paid service app developers are more likely to be on top of updates ensuring you get the best service for your money. These products tend to be much more accurate and less glitchy than their free counterparts.

Ads are annoying. Not having ads to get in the way of using your app is a bonus.

Because you paid for their service, paid app developers are more likely to respect your privacy and keep your data private because their money comes from the sale of the app, not your information.

– You Get So Much More Than Just Their Location

Cell phone monitoring and tracking apps like Highster Mobile offer so much more than GPS tracking. These apps can get you a cell phone’s text messages, pictures, phone calls, social media and web use and more. You can monitor your child or employee’s every keystroke making sure they are staying safe out in the world and on the web as well.

– You Get What You Pay For

Like the old adage says, you get what you pay for. Investing your money into an app that works when it is supposed to and delivers more than expected can literally mean the difference between life and death. If your child were to go missing, with Highster Mobile, you’d be able to locate the phone’s location, take a picture of their surroundings and get all of their recent text messages and social media messages in order to help you find out where they are. All of this info in just minutes in a situation where every second counts.

– You Have To Make An Initial Investment

Paying money for stuff is less fun than getting it for free, but sometimes it can be worth it.

While free apps are enticing when it really comes down to it, they are never really completely free. And when you are entrusting your child, your business, or your relationship in an app, you want to invest in something reliable.

**The article “Top 5 Apps To Monitor Text Messages” has been updated to reflect the most recent developments in cell phone technology and society’s ever-growing obsession with sexting, messaging apps, and social media apps like Facebook, Snapchat, and WhatsApp.** Hello, welcome to our Grapevine page, Top 5 Apps To Monitor Text Messages. My name is […]

It has come to that point in your relationship with your child or with your employees that you desperately need to see who they are talking to, who they are emailing, where they are going, what files they are downloading, and what they are doing on social media. When it comes to technology, you know […]

If you love the iPhone, you NEED to know about their latest iOS update 13.6. Apple has addressed and corrected many security flaws found with the previous iOS version. However, even with these updates, iPhones can still be accessed by people using an iPhone monitoring app. A popular monitoring app many people use is Highster […]